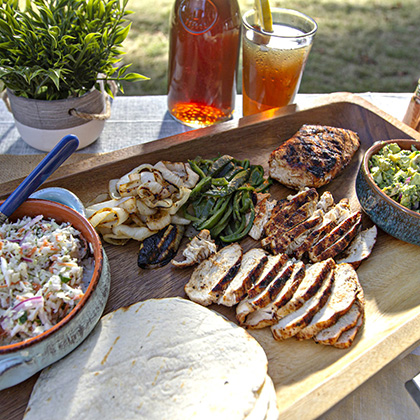 Chef Kevin Rathbun's tacos are perfect for any night... not just Tuesday's! Check out our other grilling favorites in our "Backyard Bash" series by Kevin Rathbun/Atlanta Eats.

1. Heat the grill on high. Prep the vegetables. Brush the poblanos and onions with oil and season with salt and pepper.

2. Place the chiles and onions on the grill. For the onions, cook until lightly golden brown and just cooked through, about 4 minutes per side. Brush with some of the barbecue sauce during the last few minutes. Most of the skin should come off on the grill. If not, take off when onions come off the grill.

4. Once vegetables are cooked, whisk together the ancho, cinnamon, cumin, brown sugar, 1 teaspoon salt and black pepper in a small bowl to make the chicken rub mixture.

5. Season the top side of the breasts with the rub mixture, turn over and season the back with the remaining salt. Drizzle with some of the oil and place on the grill, rub side down and grill until lightly golden brown and a crust has formed, about 3 minutes. Turn the chicken over, close the lid and continue cooking until just cooked through, about 6 minutes longer. Remove from the grill and let rest 5 minutes before slicing.

6. Grill the flour tortillas briefly, just to mark and heat. To build the tacos, fold each tortilla around some of the chicken, poblanos, onions, coleslaw and guacamole.

7. Have some extra time to prep? Try making our home-made slaw and guac! 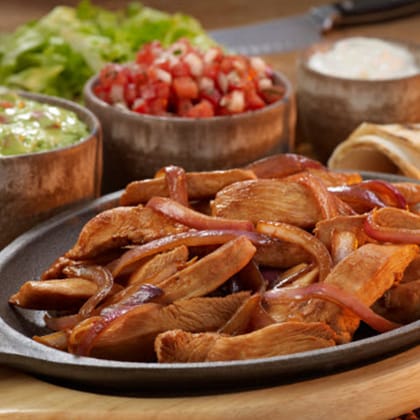 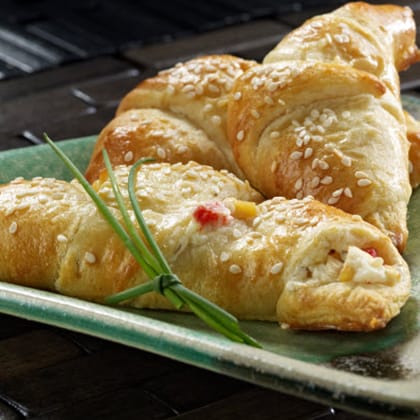 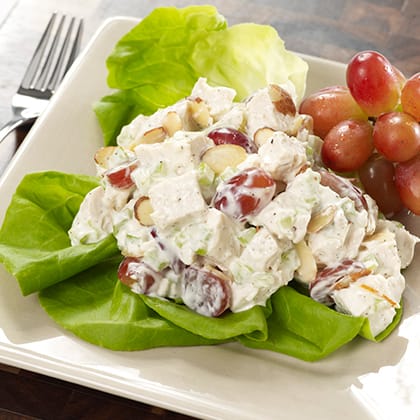